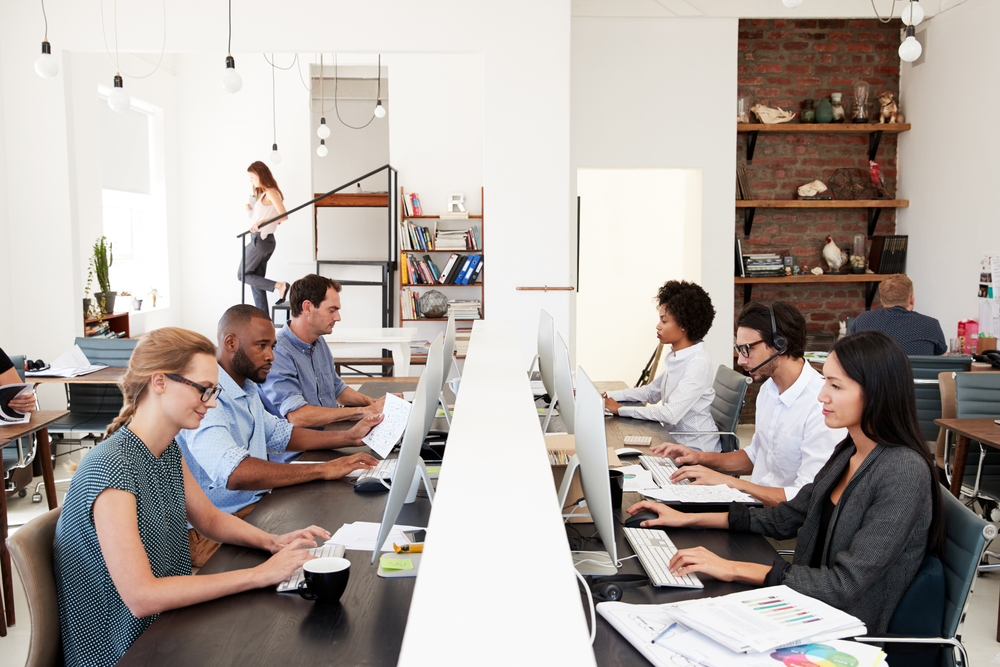 Have you ever worked in an open office? You’ll see that they have taken down the walls in an effort to thwart hiding and encourage collaboration. The problem is, however, that this actually reduces the amount of time spent talking to people face to face, a Harvard study shows.

The problem is that by lowering the physical walls, employees are putting up a virtual wall. People want their privacy, and when you’re talking out in the open, often times employees don’t want an audience. Therefore they find a way of keeping to themselves, while still maintaining their efforts on the job. This results in a large increase of email and instant message, as opposed to talking where everyone can hear.

Sadly, though, the study also found that productivity took a hit. It’s not surprising though, that a quick conversation would take less time than a wordy email to explain the same thing or an entire instant message conversation.

Other ways employees are isolating themselves? Listening to music on their headphones, walking away from their desks to take personal or business phone calls, or otherwise working in different parts of the office. People like to have separation when they want it, and with an open office floorplan and environment, this is much harder to do.

The issue isn’t necessarily with every single employee. Rather, it’s more with those that have any level of shyness or are introverted in any way. Typically this amplifies the effect and makes them hide even further. The big issue though is that an estimated 80% of all offices are moving to the open floor plan in an effort to encourage productivity, without knowing that they are actually killing it.

Here’s a great graphic from sage.com